Due to the COVID-19 pandemic, our annual banquet has moved online this year!

Please join us for a special evening on Zoom as we honor student and faculty achievements and raise funds for labor studies at the University of Washington.

Meet our latest Labor Studies scholarship recipients, learn about the latest research projects, hear from important leaders in the labor movement, and more. Our keynote speaker will be Williams Adams, International President of the International Longshore and Warehouse Union (ILWU).

This is a critical moment for Labor Studies at the University of Washington. Demand for labor classes, scholarships, and research is at an all-time high, and a new generation of leaders is needed more than ever. But due to the pandemic, Labor Studies funding is in jeopardy. Your support is needed now more than ever to ensure our programs continue to thrive and grow.

To raise funds for Labor Studies at the University of Washington, we are offering the chance to sponsor the Awards Celebration at two levels:

All donations are tax-deductible. Register your sponsorship here.

ABOUT OUR KEYNOTE SPEAKER 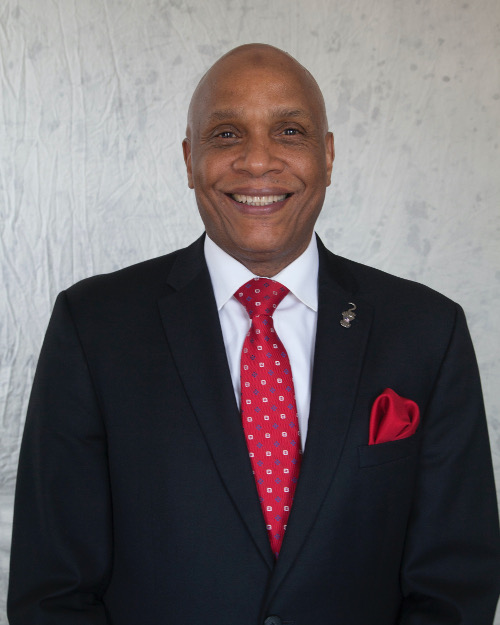 He was born in Kansas City, Missouri, where he attended and graduated from Paseo High School.

Adams moved to Tacoma, Washington in 1978 where he went to work at the Port of Tacoma as a casual longshore worker. He became a “B registrant” in the local in 1980, and an a full member of Local 23 in 1986. After working 20 years as a longshoreman, he become a marine clerk.

Adams got involved in the political life of his local in 1998, becoming a member of Local 23’s executive board and was an elected delegate to the ILWU Longshore Division Caucus. He served in both those positions until 2003 when he won a term on the International Executive Board, representing the Puget Sound Region in 2000-2003.  Adams also served as a Trustee of the International Union.

In the Longshore Division, Adams chaired the Coast Jurisdiction Committee from 2000-2003 and worked at the same time on the Coast Legislative Action Committee, a group of local officers and rank and file members who lobby Congress on behalf of working families.

Adams has also been active in the Tacoma community. He started producing “Celebrations of Black History and Labor” programs in Tacoma in 1991, 1992 and 1993 and again in 2001, 2002 , 2003 and 2005. The events featured leading cultural and political figures including Danny Glover, Paul Robeson, Jr., Yolanda King (Martin Luther King Jr.’s daughter), hip hop icon Chuck D and Betty Shabazz (daughter of Malcolm X). The programs have received national attention and critical acclaim.

Adams is also been the executive producer for several documentary films, including one about the life of African American writer Langston Hughes, “Hughes’ Dream Harlem,” and “The Black Composers,” about African American film score composers.

For his work in the community, Adams received City of Tacoma’s Destiny Award and the Paul Robeson Peace and Justice Award from Mothers for Police Accountability in Seattle, Washington.

In the five terms that Adams has been ILWU’s International Secretary-Treasurer he has also done important international work. In December, 2004, he led an ILWU contingent to South Africa to commemorate the 10thanniversary of the end of apartheid. Recognizing the ILWU’s role in the international movement against apartheid, Adams’ contingent led the march through the streets of Johannesburg. Continuing the ILWU’s tradition of international solidarity, Adams has traveled to and met with labor representatives in Australia, Spain, Cuba, Vietnam and China.

Adams also coordinated the ILWU’s 2004 election activities, encouraging record contributions from the membership and sending scores of rank and filers to battleground states. He also directs the union’s membership education and leadership development programs, including shop steward and secretary-treasurer trainings.

Adams serves on the executive board of the Coalition of Black Trade Unionists and the advisory board of the Cesar Chavez National Holiday campaign.