We mourn the passing of Charles Bergquist, distinguished scholar of Latin American history and global labor history, and influential member of the University of Washington faculty since 1989. Charles (who preferred Chuck) Bergquist died peacefully on July 30. He was 78 years old. A world-renowned scholar and inspiring teacher, Chuck was also cofounder of the Harry Bridges Center for Labor Studies and served as Chair and Director from 1994 to 1996.

Born in Michigan in 1942, Chuck earned his BA degree from the University of Washington, took his MA and PhD degrees from Stanford, and began his teaching career at Duke University, where he rose to  the rank of full professor before returning to UW in 1989. Beginning with his first book, Coffee and Conflict in Colombia, 1886-1910 (1978), much of his research focused on Colombia. That book was followed by multiple other books, essays and edited volumes. His 1996 book Labor and the Course of American Democracy: U.S. History in Latin-American Perspective became a must-read for U.S. labor historians. In recognition of his contributions to the study of Colombian history, Bergquist was named an honorary professor at the National University of Colombia in 1997.

Nothing gave him greater pride than the creation of the Harry Bridges Center for Labor Studies at the University of Washington in 1992. Initially tapped to be the first Harry Bridges Endowed Chair, he deferred the honor to Political Science Professor David Olson when he learned that he had been awarded a Fulbright fellowship to teach for a year at the National University of Colombia. Two years later, Chuck became the second scholar to hold the Harry Bridges Endowed Chair of Labor Studies and during his term initiated the key courses that today anchor the Labor Studies curriculum at UW.

Bergquist brought his international perspective to the Harry Bridges Chair, along with a strong commitment to bridging top-notch labor studies scholarship with the labor movement itself. As Chair he organized a series of high-profile labor lectures at the University of Washington and maintained outreach to the community, holding seminars in area high schools, and machinist and longshore union halls.  In addition, Bergquist initiated the course ‘Introduction to Labor Studies,' and the Labor Studies Minor, giving undergraduate students an engaging, approachable venue to learn more about labor. Reflecting Bergquist's belief in the importance of graduate education, he also established the Bridges Center's Graduate Research Grant program. All remain central to Labor Studies at the UW today.

Chuck will long be remembered too for his warm sense of humor and his generosity toward colleagues and students. With his spouse, History emeritus faculty member and fellow labor historian Hwasook Nam, he endowed a scholarship fund for graduate students studying labor history. And his activism on behalf of working people and his dedication to fighting imperialism and injustice around the world have left indelible impressions on many communities. He fought fiercely for what he believed in, modeling the role of the scholar activist.

Professor James Gregory recalls his determination: "Chuck rarely took no for an answer. With that incredible eye-twinkling smile spreading across his face, he would persist until you came around to his way of thinking.” He remembers Chuck’s warm welcome when Gregory joined the department in 1993. “He pulled me into the Bridges Center, and the next thing I knew I was teaching an annual course on American Labor History."

The historian Michael Honey, who later served as Bridges Center director, has similar memories: "Chuck was the first person to introduce me to the Harry Bridges Center. He taught a marvelous summer course bringing in big-time labor scholars from around the country. Chuck then roped me in to teaching that same course the next summer. When I think of Chuck I think of warm conversations, sometimes playful, but with his serious sense of solidarity with other people in the world, and I mean the whole world. He had worked as a roofer for a while, and I admired his deep-rooted working-class sensibility."

"As the ninth Bridges Chair I owe a great deal to Chuck’s legendary dedication and commitment to the Center," says Kim England, Director of the Bridges Center and professor of Geography. "A passionate scholar, Chuck also had a remarkable, even enviable ability to convincingly move across ‘town-gown’ divides, and as such his loss is felt deeply within and well beyond the university."

Chuck's generosity, humor, intellectual and political commitments made him friends around the world. We mourn his passing and commit to carrying on his legacy at the University of Washington and beyond.

The Harry Bridges Center for Labor Studies established the Charles Bergquist Labor Research Grant in 2020 to honor the memory of Bergquist, UW History professor emeritus and a former holder of the Harry Bridges Endowed Chair in Labor Studies. The grant is funded through a generous endowment created at the University of Washington in 2017 by Bergquist and his partner, UW History emeritus faculty member and fellow labor historian Hwasook Nam.

Following in the spirit of Bergquist's scholarship, the grant is awarded annually to a graduate student at the University of Washington whose research explores labor through an international, global or transnational lens. Recipients are chosen from the general application pool for the Bridges Center's Labor Research Grants for Graduate Students. Application instructions and more information is available on the Graduate Labor Research Grant website.

2020: Andrew Hedden, Department of History, “Empire of Tomorrow: Seattle and the Making of Global Capitalism, 1962-1983”

2021: Jeehyun Jenny Lee, Department of Communication, “What do algorithms think about Asian creative labor?: An investigation of transnational creative labor and algorithmic management of the platform economy”

On Tuesday, August 25, 2020, the Universidad Nacional de Colombia Depto de Historia hosted a memorial tribute to Charles Bergquist. Chuck's colleagues shared reflections on his work and its importance within the field of Latin American history. The event was held in Spanish. English subtitles for this video were made possible by the University of Washington Department of History and the Harry Bridges Center for Labor Studies. 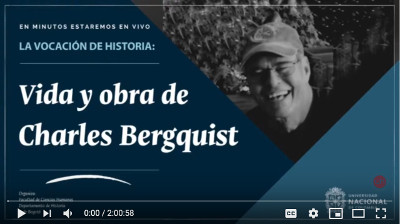 In 2012, Charles Bergquist was interviewed for Work at the Center, a video commemorating the 20th anniversary of the founding of the Harry Bridges Center for Labor Studies. In this two-part uncut interview, Bergquist reminisces about some of the people responsible for the founding of the Harry Bridges Endowed Chair in Labor Studies, including Bob Duggan, Jean Gundlach, Martin Jugum, Fran Halgren, and Nikki Sawada Bridges Flynn. Bergquist also touches on his tenure as Bridges Chair, and shares his views about the Bridges Center's mission and future. 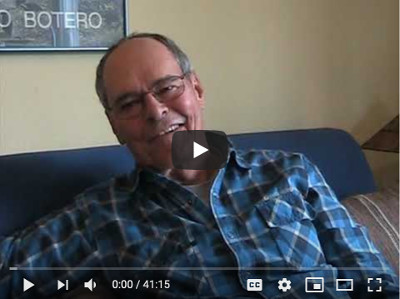 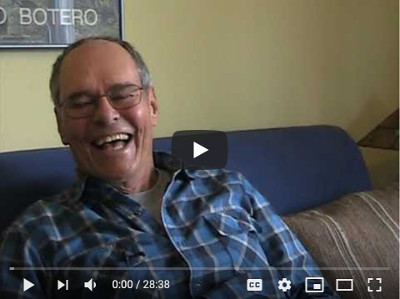